Geneviève joined Renno Vathilakis as an associate in August 2020. She is part of the team since May 2018, first as a student and then as an articling student.

Geneviève obtained her law degree from the University of Sherbrooke (LL.B.). During her University studies, she won the award on participatory justice of the Quebec Bar for the excellence of her candidacy. During her second academic year, Geneviève had the privilege of improving her professional skills in the litigation department at Commission des droits de la personne et de la jeunesse. She developed a particular interest in civil and commercial litigation.

Geneviève is also a graduate of the University of Montreal. She previously obtained an undergrad in Psychology as well as a Certificate in Criminology. 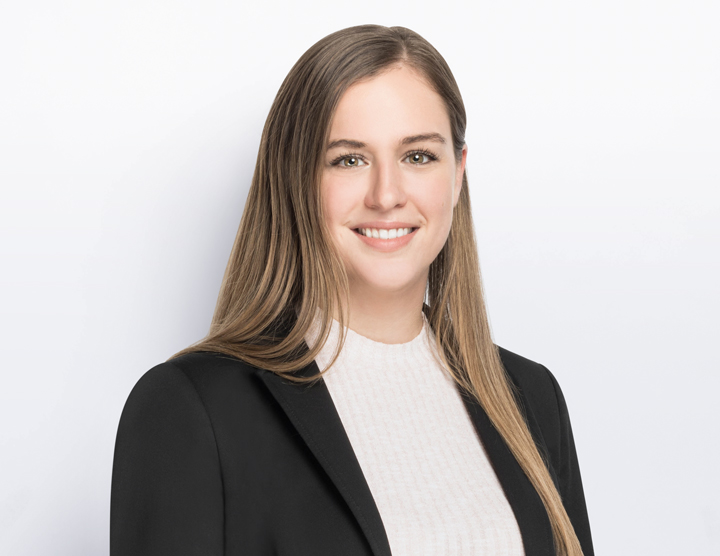